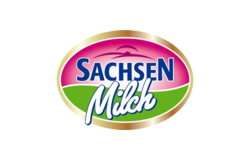 The automation of the "production of perishable goods" was implemented as part of the third site expansion.

Here, Plant iT was used to fully embed a total of twelve Simatic S7 controllers in the existing integrated automation concept. All new S7 automation devices provide three Industrial Ethernet communications processors, of which two redundant processors are used for the process control and one processor records the running plant data. As part of this project, an order system was implemented with connection to the higher-level ERP system used at Sachsenmilch AG. This system allowed the production orders to be processed and to be sent directly from the production planning level to the process control system without needing any "paperwork".